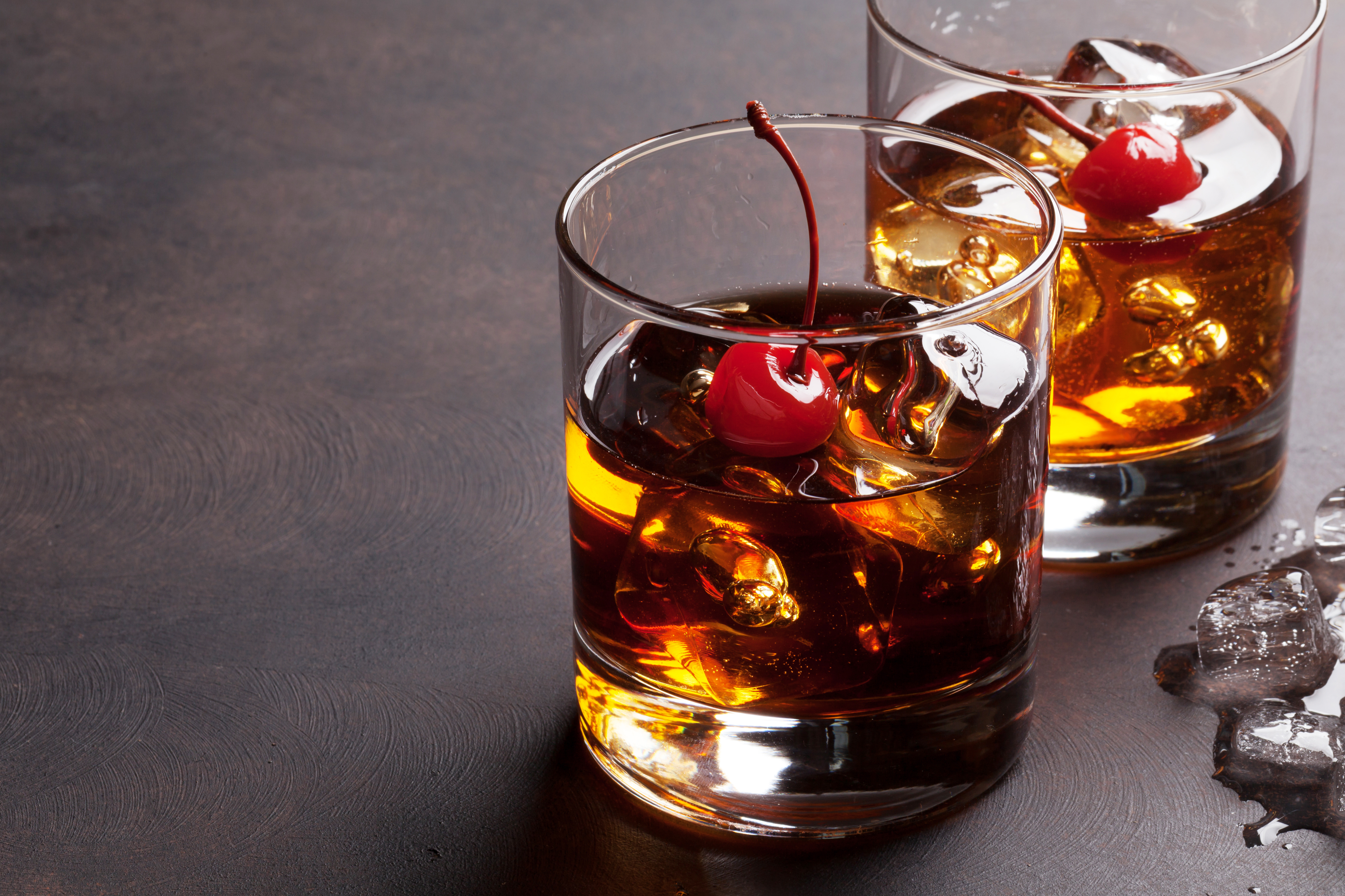 Everything you ever wanted to know about the Manhattan

September 25, 1865. Winter winds were just beginning to swirl, but not as briskly as they did out in the wilderness beyond Brooklyn, or the land rumored to exist north of Albany. But at least until mid-October, Manhattan would chill slowly; retaining the warmth of its masses, more and more immigrating each day, within the confines of its streets.

Someone in the group had the crackerjack idea of meeting tonight at Delmonico’s. They met outside, like a gathering of ravens huddled against chilly gusts before sundown.

The topic for the evening was putting together a club. A social club. One for men, the movers and shakers of New York City, to discuss the ills of society and how to treat them (or not).

This burgeoning group of men was composed of some of the finest, most respected individuals in the city - though, admittedly, a lawyer or two happened to slip in there.

With Republican President Andrew Johnson in office, the fractured Democratic Party would soon be in shambles. Now, it was time to think of the future, of how to rebuild this nation torn in two, clumsily being gaffer-taped back together. What better way to do so than over a few drinks?

Looking for any excuse to get plastered and argue about politics, art, finance, etc., America’s elite started forming social clubs in New York City as early as the 1830s.

By the time the Manhattan Club was formed in 1865, there were already seven prestigious gentlemen’s clubs throughout the city. These clubs only accepted who they thought were the absolute upper-crust of gentlemen in the city. Take the Knickerbocker, for example. That was a club so exclusive that not even John D. Rockefeller, the world’s first billionaire, was invited or allowed to join.

To be a member of the Knickerbocker, you had to be able to trace your lineage all the way back to before New York was even New York when it was still Dutch-owned New Amsterdam.

The idea was that your family name would strengthen over time; that it would prove its meddle as old money got older. J.P. Morgan could get into the Knick, but Rockefeller couldn’t. It would take two more generations for a Rockefeller (J.D. Rockefeller III) to be accepted into the club.

By contrast, the political atmosphere at the Manhattan Club was a little more tangible than some of the city’s other institutions. The club’s founding president was, after all, the son of a former U. S. President - John Van Buren, son of ol’ Mutton Chops Martin Van Buren.

Rumor has it that the Lower East Side institution also produced one of this country’s oldest cocktails, appropriately named The Manhattan. Along with the Sazerac and Old Fashioned, the Manhattan sits in a pantheon of classic American mixed drinks.

The members of the Manhattan Club made their headquarters at the Jerome Mansion on E 26th Street. That would be the mansion belonging to Leonard Jerome. His daughter, Jennie Jerome, gave birth to Sir Winston Churchill in 1874. Small world, eh?

But Jennie liked to throw parties. I mean, what else are you supposed to do with a mansion?

One such party held at Maison Jerome was a celebration of New York Governor Samuel J. Tilden, who had just won the Democratic nomination for the 1876 Presidential election.

Side note: Tilden would go on to win the majority of the popular vote, but not the election. Yes, that’s been happening for a while now.

Rutherford B. Hayes, a Republican from Ohio, won the election after the two candidates reached a deal behind closed doors. But no one knew that yet - for now, they were celebrating that the future was on the horizon.

Just as an apothecary put together the Sazerac, so too, did a doctor whip up the very first Manhattan cocktail at that 1874 soiree. Dr. Iain Marshall is the proto-mixologist responsible for the shimmering bar staple at hand.

A serving of rye whiskey, half as much sweet vermouth, a sensible splash of Angostura Bitters, cherries for garnish. Best enjoyed in a martini glass, chilled (with the wintry wisps of a New York City breeze, if convenient).

It has the warm, almost glowing color of America’s newly-minted faith in the gold standard - a drink that looks rich and tastes even richer. What else could originate from the bar of one of these social clubs?

By the 1890s, the Manhattan was served at bars all throughout its namesake. You might substitute scotch for rye and call it a Rob Roy, but we at Revelry prefer enjoying it in its original form.

Bringing decadence and class from the fin-de-siecle into the rush and clamor of the 20th century, the Manhattan is a barroom staple that implies comfort and stability in a world barreling into an uncertain future.

For close to 150 years now, we’ve been able to walk into any bar with the same confidence as walking into a Midtown hotspot, order a Manhattan, and take comfort in knowing your drink was practically unchanged. Its identity is intact.

For almost as long as the country’s relied exclusively on the gold standard, bars have served up the Manhattan, golden sweet with a cherry on top. The drink was practically unchanged. Its identity is intact.

Submitted for your approval: the Manhattan, mixology’s gold standard.


Preparation: Add all ingredients into shaker with ice and shake vigorously. Serve in a coupe glass and garnish with a brandied cherry